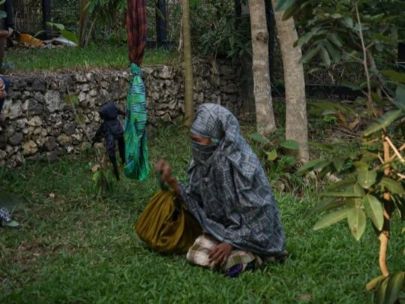 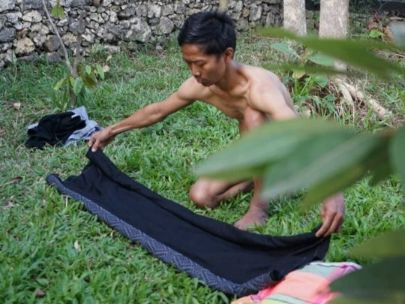 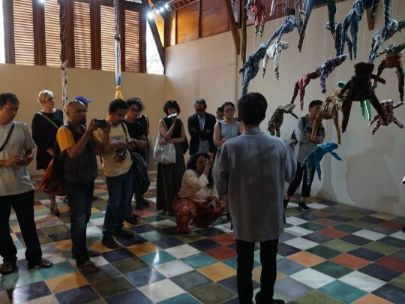 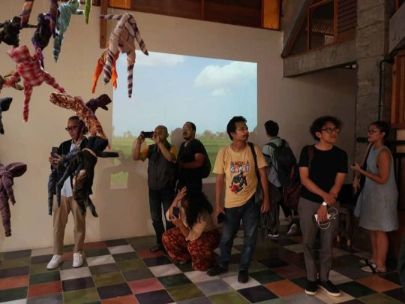 Commonly, when you visit and stay in family’s or friends’ house in South Celebes (specifically at rural area), you will present some sheets of sarongs. One sarong is for bath, one’s for daily used in home, one’s for sleep, one’s for prayer (for Muslim), and other one – in specific case – is for make love.

Beside personal activities such those things, sarong is also used for other activities, such as: attending wedding party, receiving the guests, attending the funerals, baby swing, and “solve the problems” related to honour enforcement.

This exhibition talks about sarongs, especially in its’ purposes and utilization in South Celebes society context. In this exhibition, Abdi Karya interposes sarong not merely as the material option, but also as the thing which is very close to body and daily live. Sarong is posted as the symbol of “second body” for South Celebes society, the sign of space, time, and occurrence; that’s already used from born until die.

This is not the first time for Abdi to explore the sarong. His works of sarong are already presented in many events, that is: in Undisclosed Territory (2013 & 2016) which’s titled Memakai.Dipakai (Using.Being Used), Jakarta Biennale “JIWA” (Soul, 2017), Selasar Sunaryo, Bandung which’s titled I Thought We're Born From The Same Womb, and Story of a Wanderer in Castlemaine State Festival, Australia. While, in this exhibition, Abdi is evolved his ideas by creating 5 new artworks. One of which is Cerita tentang Ana’ Mallajang (the story of Ana’ Mallajang, the moksha baby) that’s existed in collective memory of South Celebes society.

Duration for exhibition until: 20 August 2019