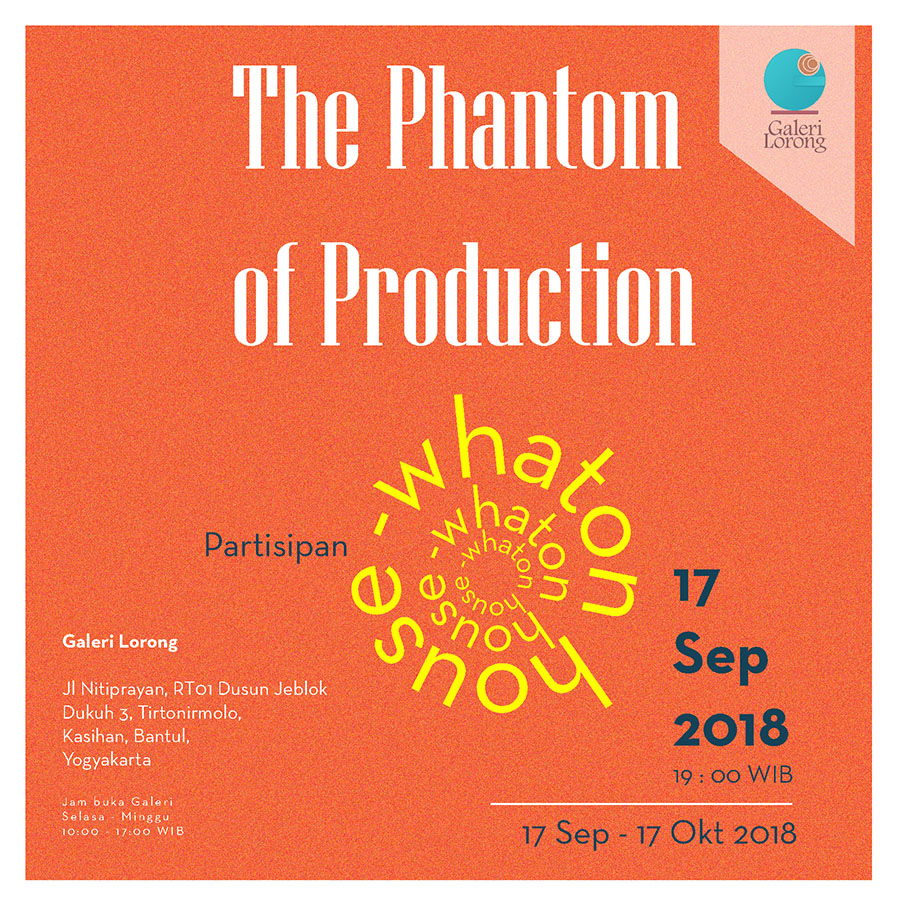 The Phantom of Production

Artisan is a profession which has been existed for quite a long time even though the form itself has not changed much. Artisan is seen as people who have the ability of craftsmanship or the kind of ‘labor power’ –a productive work that constructs an object becomes a valuable one –and is common to see them working in a studio helping the artists to establish their artistic ideas.

In this context, we can capture the complexity of the relationship between the artist and the artisan within the process of artistic production, especially if it is related to the authorship issue. In other words, when dealing with an artwork, we often ask who is the artist rather than asking who the artisans are –a kind of phantasmatic, invisible, or ‘hidden’.

In the era of contemporary art, the role of the artisan is increasingly crucial. As Michael Petry has said in “The Art of Not Making”, in this era the (perspective of) artist as “artistic genius” has transformed into the artists as the mastermind, the brain, or the conductor who orchestrate everything ‘from the border’ and hands over the physical works to the artisan who has the technical skill or the craftsmanship. This certainly does not apply in general since every artist has his/her own work practice and the relation with the artisan is also (maybe) various.

At present, we can no longer put the artisan into a single sense because there are so many artists who also work as an artisan. Means that they also making, or working on their own works besides working for the artist. This profession has also become very flexible, it can be done by anyone from any field of expertise.

This exhibition has an interest in displaying artistic ideas from people whose profession is an artisan, while also spreading a dialogue to discuss various possible issues around this profession. For this matter, we invited Whaton House, a group of art handlers whose members also work as artisan and/or the artisan of the artist.